The first ever trip to Croft, serves up a couple of treats 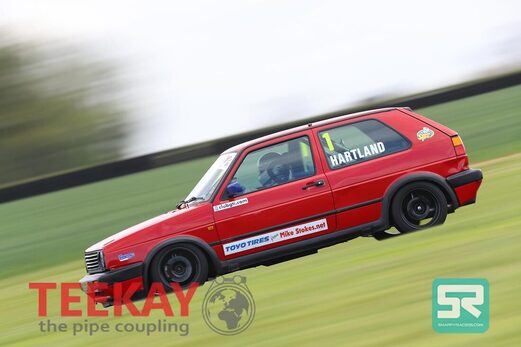 Tim Hartland had a great debut at Croft with two wins
It was the Championship's first ever trip up to fast but technical North Yorkshire track. After a topsy turvy qualifying which saw relative newcomer Simon Vercoe take pole and the 2018 champion, James Colbourne back in 6th with current championship leader, Simon Hill  back in 7th. In the MK2's, it was the 2018 champion Tim Hartland who stuck it on class pole.

In race one the pole sitter Vercoe failed to convert his pole after missing gear on the way to the first corner. Hill took full advantage when his side of the grid opened up thanks to Vercoe's mis-fortune. It was soon Hill versus Martyn Walsh for the lead, but the latter ensured that his old mate and sparring partner wasn’t going to completely run away with the MK5 class and held on to take the win from Hill.  John Mawdsley completing the class and overall podium.

​​Over in the Mk2 class, Tim Hartland was finally able to live up the #1 on his window by claiming Race One class victory from Chris Webb and Spencer Beale, 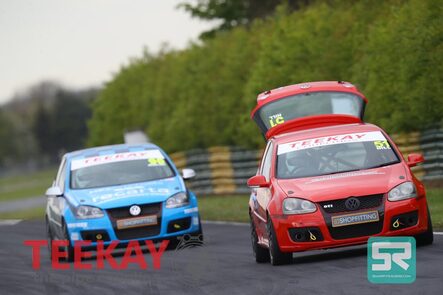 Simon Hill trying out some interesting aerodynamics in race two
In race two however, Hill managed to take the lead early on, but Walsh was determined not to let him go, so persisted with the pressure. It finally paid off as something had to give and it was Hill's boot lid latches giving way, and that was without any contact. With his boot lid now acting like a huge wind breaker, severely hampered his speed on the straights. Walsh tried to take advantage but after putting a couple of wheels on the grass on the approach to Tower corner it saw his race end end up with the potatoes and onions in the surrounding Yorkshire fields. As a result, Hill would take the win, with the defending MK5 champion James Colbourne taking 2nd place, and Mawdsley again collecting 3rd to complete the podium.

​While in the MK2's Hartland completed the job by doubling up from Beale in 2nd and Matthew Eccles in 3rd.