Gibbs scores his first and second ever wins, with Walsh and Hill sharing the spoils in the MK5's 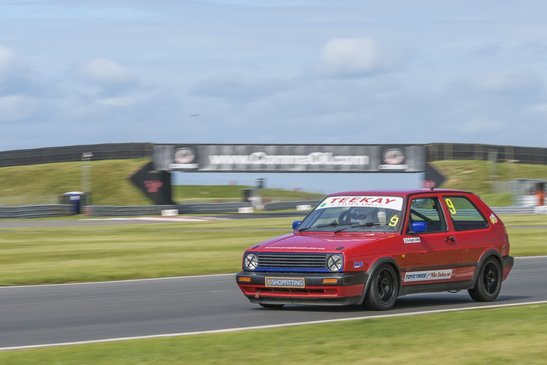 The drivers were met with glorious Norfolk weather at Snetterton for the third meeting of the 2017 Teekay Production GTI MK2 Championship and MK5 Series.

Using the full 300 circuit layout, Dan Rose was the fastest in his MK5, until Martyin Walsh went and put in a storming lap to take pole by over a second. Simon Hill was initially third but later had all his his times removed with a 10 second penalty due to a weight infringement.

Within the MK2's, Martyn Brown was initially on pole but also had all his times removed and a 10 second penalty due to a weight infringement. Tim Hartland announced his 2017 with a bang, by being the next quickest and putting his 16v on pole. Dan Gibbs was 2nd with Nick Porter and Chris Webb battling it out for 3rd and 4th on the grid with Porter coming out on top. 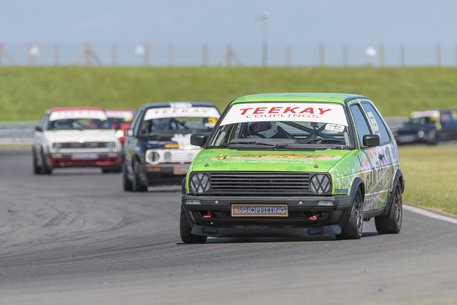 Dan Gibbs was the man to beat in the MK2's with a brace of wins
Race One
Within the MK5's, Rose took initial lead, but was demoted to second by Walsh after several laps of battling. Walsh retained first spot to the chequered flag, with Rose finishing second despite engine issues.  James Howlison took 3rd with Adam Hance a very close 4th. Despite starting a the very back of the grid Hill finished fifth and took the fastest lap, even though he was now 35Kgs over the minimum weight.

Within the MK2 16v class, after some close but clean battling with Parris, Porter, Webb and Hartland, Gibbs grabbed the lead and maintained it to take victory, despite Webb pushing hard but could not make an impact. Within the 8v class, Matt Eccles, Craig Roberts and Luke Wales fought a close battle with Wales taking victory after Roberts retired with a broken throttle cable. 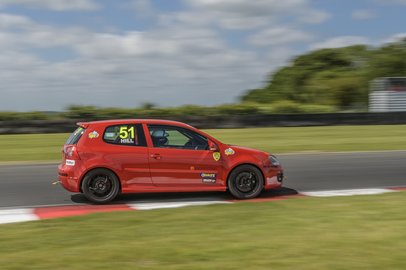 Hill took his first win of the season
​Race Two
Within the MK2's, Gibbs drove an impeccable race from lights to flag but this time Hartland was right on his tail applying constant pressure throughout. 2016 champion Webb fought it out with Porter for 3rd and 4th with the latter coming out on top.
Within the 8v class, race one winner had unfortunate accident, ending his race early, leaving Roberts and Eccles to battle it out with former coming out on top.

With his MK5 having engine issues, Rose was unable to make race two. Walsh and Hill battled out for victory, with Hill taking his first victory of the season with a brave overtake around the outside at Brundle, which saw him victorious. Hance and Howlison continued where they left off in race one and had another race long battle. A small mistake on the last lap, was all what was needed for Hance to pounce and take third place.